Speech of Mr. Peter Zingraf at the national conference ”Preventing Violence Against Women before it happens – Supporting the Violence cases in Covid-19 times”

German Ambassador, Mr. Peter Zingraf, honored the national conference ”Preventing Violence Against Women before it happens – Supporting the Violence cases in Covid-19 times” with his participation and the speech in the opening remarks of the conference which was moderated by Prof. Aurela Anastasi, Attorney. 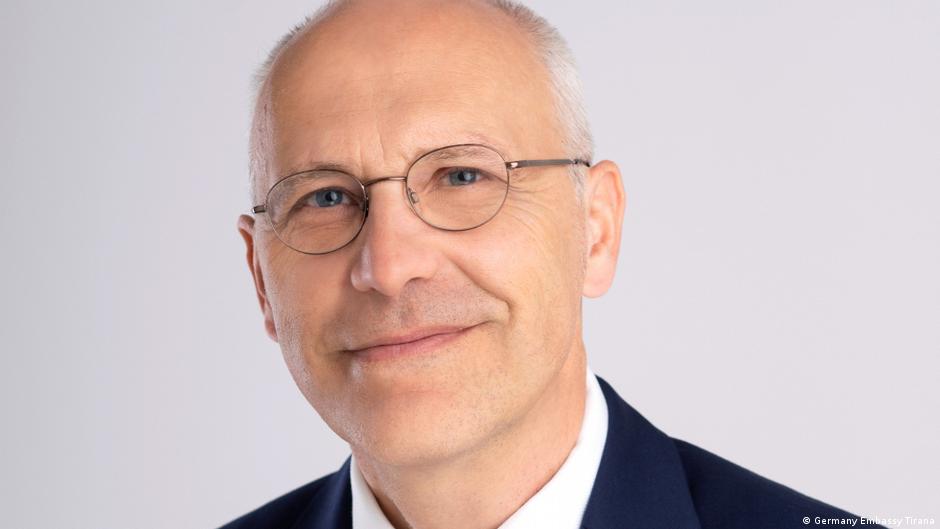 Thank you, Prof. Anastasi dear Deputy Minister Nikolla, dear Ani Ruci, ladies and gentlemen,
According to a recent research by UN Women 35 percent of women worldwide have experienced violence and 137 women are killed by a member of their family every day. As for Albania, surveys say that more than half of Albanian women and girls have been victims of violence or sexual harassment. These are just figures, but behind each figure lies an individual fate. The young woman recently killed by her partner in Fier is just one particularly gruesome example. Many other cases never reach the light of day. Domestic violence increased even more last year due to the pandemic and especially during the lockdown in spring 2020. Many women were forced to stay at home with their aggressors while at the same time having little access to legal, medical and social support services. 10 years ago, as one of the first eight countries of the Council of Europe, Albania signed the Istanbul Convention – the CoE’s Convention on Preventing and Combating Violence Against Women. As a consequence, Albania created the essential legal framework to prevent gender-based and domestic violence and protect victims. Albania has undertaken progressive steps to combat this extreme form of violation of human rights and discrimination.
On the other hand, cultural and social norms especially on gender issues take much time to change – all too often domestic violence against women is unfortunately still accepted or at least considered a purely private matter. Shame and fear of stigmatization prevent many women from reporting violence to the police and offenders remain unpunished. When Ani Ruci approached the Embassy with the proposal on a project on „Preventing Violence against women before it happens“ we were keen to listen to her ideas and eventually happy to be able to support the initiative. A few years ago, the Federal Foreign Office had supported Refleksione’s project „Free from the fear of violence – bringing the Istanbul Convention to the local level“ and so we considered the new project an important kind of „stocktaking“ of the current situation in Albania.
When we signed the contract early last year, the Corona virus seemed still far away. However, in the course of the implementation of the project, certain adaptations were necessary to adjust the project to the circumstances caused by the pandemic. For example, as one important additional measure psychological support to women who experienced domestic violence during the lockdown could be granted.
I am very grateful for the work Refleksione together with its partner organisation CEMT has done to implement the activities in very unusual and difficult times and most important, I am happy that you all stayed safe. So Ani Ruci, my compliments for your tireless commitment and your continuous efforts!
It is good to see so many participants from various institutions in this conference. I hope that the results of this project (which are going to be presented later) will serve as a useful guideline for all relevant stakeholders – Government institutions, local authorities and civil society – in our common aim to further combat any form of violence and discrimination against women.
Thank you very much.